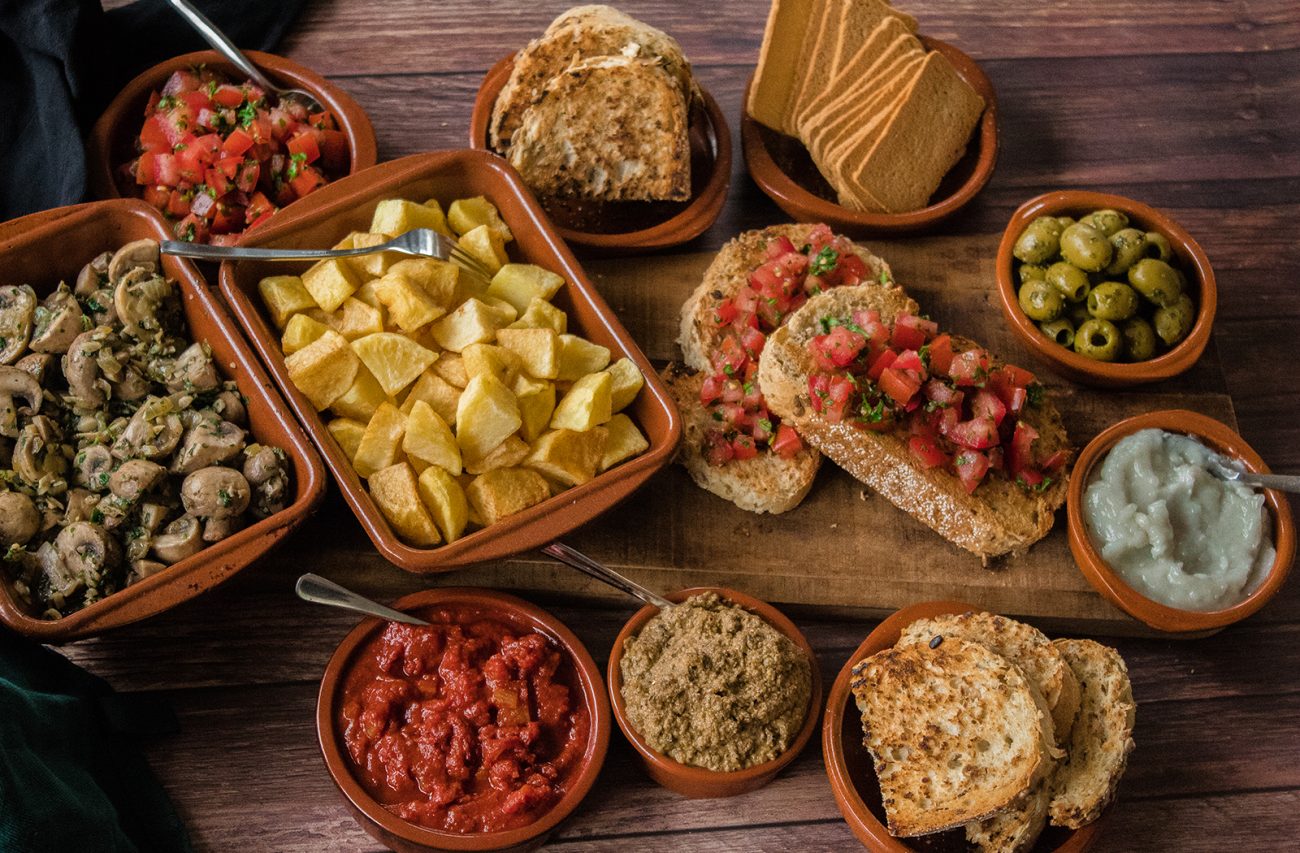 Growing up with grandparents who live in Spain, I was introduced to tapas very early on in my life. I have always loved this one little restaurant where they have the best patatas bravas (in my opinion of course). I decided it was time I made a couple of tapas recipes for my website.

This recipe for Spanish tostada may not be very traditional, I know that. In Spain they mash the tomatoes and the pulp is added to a slice of toasted bread and often topped with cheese and other non-vegan things. But this is how my mum always makes them, that’s why I do as well.

I already have a recipe for a tapenade on my website. This one: https://www.eatingveganwithme.com/vegan-recipes/vegan-tapenade/
But this new recipe has a couple more ingredients. Try them both and decide which one you like best!

Okay so this recipe is not the kind of thing you would eat before you have a date, unless the other person really likes garlic breath (I don’t judge). I always thought aioli was mayo+garlic, and that’s it. Well, I was wrong!
The sharp and real taste of the garlic is probably what I like the most about this aioli.

An all time favourite in my house, and if you use a bit more oil you can dip your bread in the garlic oil! Again, not a recipe you should eat before a date.

Patatas bravas, my all time favourite tapas in the world. I could eat literal mountains of this stuff, no joke. The sauce is amazing either blitzed smooth or still chunky. I hope you’re going to like patatas bravas as much as I do.

Hello! Welcome to my blog. My name is Jalisha and I'm a Dutch girl who likes to cook and create vegan recipes.